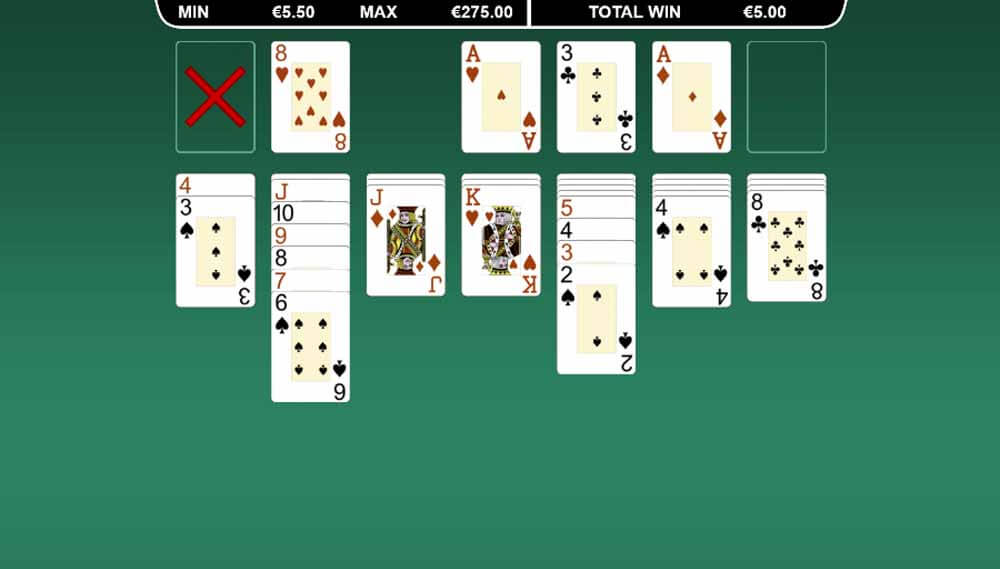 Patience, also known as Solitaire, is one of the most popular card games. At Loyal Casino this game is played in the form of Casino Patience. The reason for this is that you play Solitaire on your own and are therefore not dependent on other players.

Patience is played with one deck of cards. A game of cards consists of 52 playing cards. The goal of Solitaire is to play all cards in four rows, one after the other, from the Ace to the King.

The 28 cards are diveded into seven rows, as follows: The first row (from left to right) contains one card, the second row contains two cards, the third row contains three cards, and so on, so that the last row contains seven cards. This series is also called the ‘tableau’. Turn over the top card of each stack so that it is exposed with the image. The remaining cards together form a pile from which each time a card is drawn.

Once these are available, the four Aces must be placed separately above the tableau. The cards of the same suit (Spades, Clubs, Diamonds, Hearts) may be played on any Ace in ascending order, from low (2) to high (King). Once a card is played on an Ace, it cannot be removed.

Turn over the cards from the remaining pile one by one and try to place them on one of the rows in the tableau. A card from the deck is playable if it can be placed in a row or in one of the Ace’s rows. If not, place it closed next to the stack and try the next card. The top card on the discard pile is always available to play.

Patience is played when all four rows from the Ace are built in the same kind (spades, clubs, diamonds, hearts).