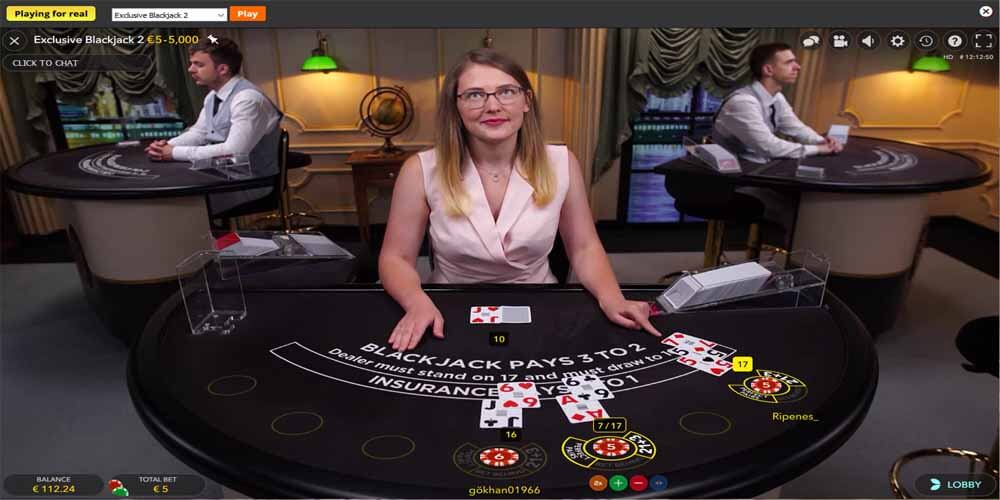 Blackjack is an extremely popular card game, especially in our live casino. The game is between the player and the dealer who manages the game.

Blackjack has an exciting history. Dealers had had the upper hand in the game until the first half of the last century. But in the 1950s, a group of statisticians devised a method by which players can win the game by counting the cards. The invention fuelled the game’s popularity. But gradually the dealers have found ways to nullify the advantage.

The number of players in a single game can vary from 1 to 7. The basic idea of the blackjack game is to beat the dealer by getting a count as close to 21 as possible, without going over 21.

Why the name Blackjack?

The original name of the game is 21, which signifies the maximum points of the game. The game became most popular during the Second World War period. During that time, a new rule was introduced into the game. The player who gets an ace along with one of the two black-coloured jacks would get an additional payment.

That rule eventually gave birth to the name blackjack. One of the most important things you should know before playing a blackjack game is the card value. Let us check the values that each card is having.

Value of each card

The king, queen and jack cards are known as the face cards. They also have 10 points each. Ace can have either 10 or 1 point according to the player’s decision. Are you interested to know more about blackjack? Let us now check how to play the game.

How to play Blackjack

To join a blackjack game, you need to visit a table at the live casino. The dealer on the table will shuffle the cards manually or in the machine. After the shuffling, the cards will be placed in a dealing shoe from which the dealer can take the cards when the game starts.

Each of the players has to place bets at the start of a hand. The game will proceed from the left side of the dealer. The dealer deals one card face up to each player and continues this process until each player gets two face-up cards. The dealer will also get two cards, one facing up and the other facing down.

Now the actual game begins. The first player can make a decision on his playing based on the value of his cards as well as the value of the dealer’s face-up card. The options for the player are as follows.

A player is said to have busted if he exceeds 21 points. A busted player will lose his hand as well as his initial bet money. The game will continue with the rest of the players until all players complete their hands.

After all the players complete their hands, now it is time for the dealer to play his hand, but have certain limitations. If the dealer has 17 points or more, then he must stand. Also, he should take a new card if he has 16 points or less. The dealer will not have the option to split or double.

Live dealer blackjack has the features that a real casino has. Also, a live dealer is available to direct the game. There are many advantages of playing online live blackjack. The very first advantage is that the players can enjoy the game without leaving home. Online blackjack live provides the same feeling as that of a real casino. Moreover, it provides a wide range of wagering options for its players.

Like the live casino blackjack, the online version also has expert live dealers who will provide guidance for the players. The live HD video streaming provides a wonderful gaming experience for the players. All the hands at the table are real cards dealt by blackjack live dealer in a casino. Those who want privacy and convenience of playing at home, live blackjack online is the best option. 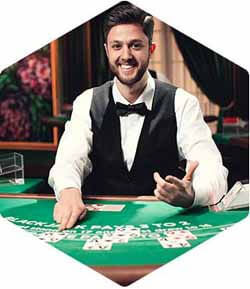 Evolution Gaming is having one of the most popular live blackjack versions in the market. The game is played on a 7 seat table and follows the Vegas rules. At evolution, online live blackjack hosts from mainly three studios.

The studios are located in Latvia, Malta and Romania. Live blackjack can be played on PCs, mobile phones and tablets.

Evolution live blackjack has many attractive features for its players. The pre-decision feature is one such feature. This feature allows the player to take a decision about the action he wants to take on his hand before his turn comes. Another great feature is the bet behind option. This feature allows the player to place a bet behind someone else.

Sounds good? Try it now. We wish you the best of luck!